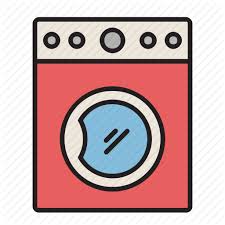 How to create an ESP8266 based laundry reminder. Needing a way to remind myself to get my laundry out of the washing machine, I created Laundromat.

Using an Adafruit Feather Huzzah and the Pushover app, I get 3 reminders on my phone when my laundry is done.

I have an older washing machine with a green led that lights up when the cycle is complete.  Using a light dependent resistor I measure the light level and when it is high or above a threshold I set, it triggers a message to be sent.

This repeats it self for a maximum of 3 times or 3 messages.  When the lid of the washing machine is opened the led is turned off.

Next time you do laundry plug in the ESP8266 and wait for the notifications on your phone when it is done.

*As an alternative, you can also get notifications using a service called IFTTT. You would need to create a recipe with Webhooks and automation and also install the IFTTT app. Some altering of the code would be needed as well.

Here are some photos of my setup.