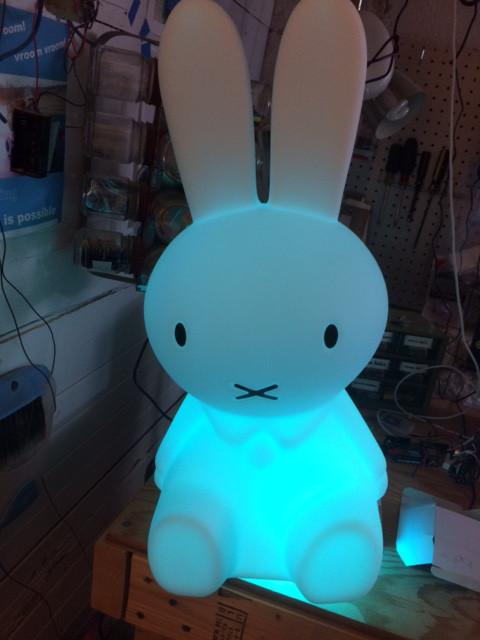 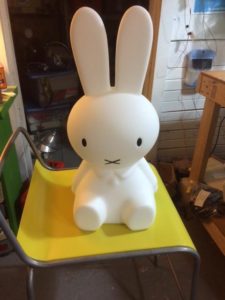 A while back in NYC I spotted the Miffy Lamp

in a store window.  Miffy is a character created by Dutch artist Dick Bruna used in children’s books. Since the Miffy Lamp only used white colored LEDs, I decided to replace them with a Neopixel Ring. This ring has 12 RGB LEDs and sample code had me up and running in no time.

I also paired it with a Jeenode so I could get the weather from my weather station.  The weather station already used a Jeenode to transmit data like humidity and temperature, I just had to listen for it.   Jeenodes are basically an Arduino with a radio built in.

Also needed was a level shifter as the Jeenode is 3.3 v and the Neopixel runs on 5v.  The last part I added was a 1k potentiometer so I could dim the light. The bottom already had 3 screw holes and the main hole.  I didn’t need to make any new holes, just make the existing ones bigger.  After testing the circuit on a breadboard, I soldered it together on a perfboard.  Then I put everything inside Miffy and screwed down the pot, adding a knob.  I also cut plastic cover from scrap and screwed it in place.

Now I have a Miffy Lamp in my living room that automatically changes it’s color based on the temperature.  See the test setup on a breadboard and other photos below. 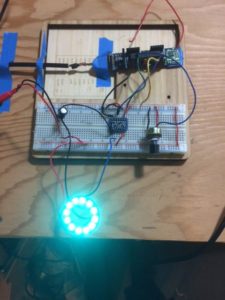 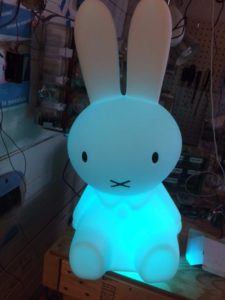 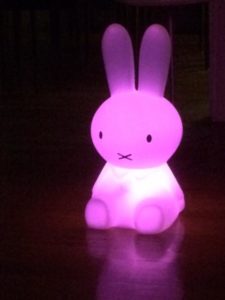 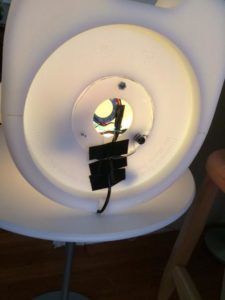